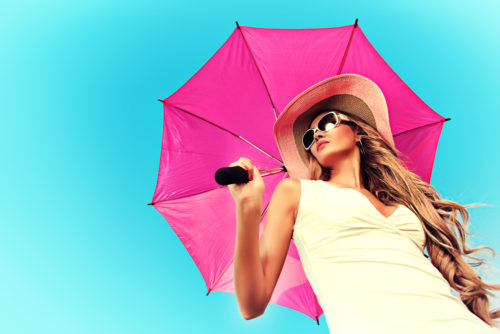 Anyone who has struggled with alcohol dependence or addiction is no stranger to the irrational thoughts that pop into your head when you swear you’re not going to drink, then alcohol cravings kick in.

What starts as promising to avoid alcohol for at least the next month or two quickly turns into “well… maybe I can have just one” mere days later.

Not cool. Especially when “just one” turns into the bottom of a bottle.

Today we’ll go over a few tips and ideas for how to cope with those dreadful, pesky alcohol cravings.  While these actions may not nuke them completely, they may help you move the needle in the right direction so that you can achieve your alcohol sobriety or moderation goals that much quicker.

1- Play The Tape To The End

First and foremost, if you’re craving alcohol and feel like you’re losing your grip, pause for a minute and play the tape to the end.  You’ve been there, done that, and know how it ends.

Your monkey mind is telling you “oh, just one glass of wine won’t hurt” – and she’s probably right.  BUT, what happened the last time you listened to her crazy behind?  Or the time before that?  How much did you actually wind up drinking, and what were the consequences?

If you give in to your alcohol craving again this time, do you expect any different?

Hint: the answer is NO.

You made the choice to abstain from drinking alcohol for a certain amount of time for a reason, girlfriend!  It’s because it leads you down a dark, scary path that you just don’t want to go down.

Take a breather and be honest with yourself – you don’t want that beef. 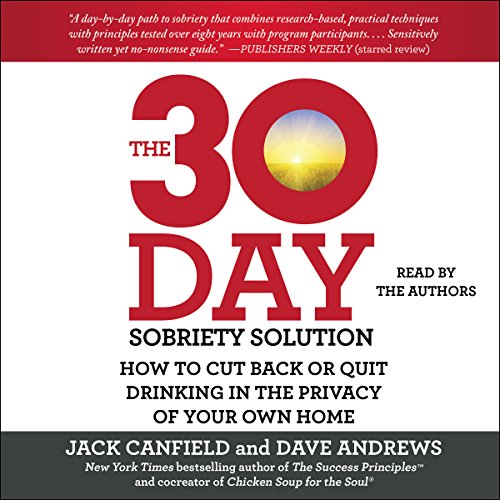 The 30-Day Sobriety Solution: How to Cut Back or Quit Drinking in the Privacy of Your Own Home
Check Price

Once you’ve taken an honest look at your position and determined that no, you don’t want to wind up praying to the porcelain goddess in the middle of the night, then what?

Do some jumping jacks or write out your grocery list.  If you’re out somewhere in public when cravings arise, go use the restroom. Fix your hair and makeup and freshen up.  Take a step outside to get some fresh air.  Play Candy Crush on your phone, phone a friend… literally ANYTHING.

You need to interrupt the thought pattern that tells you to drink by directing your attention elsewhere so you have time to let the craving pass.  Because it will pass.

That’s the beautiful thing about cravings.  They have a 100% success rate of passing if given enough time.

RELATED: 4 Ways To Exploit The Pink Cloud Of Early Sobriety 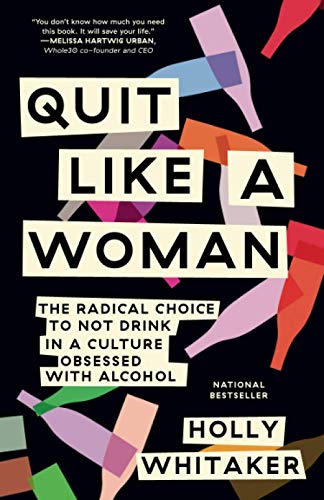 Quit Like a Woman: The Radical Choice to Not Drink in a Culture Obsessed with Alcohol
Check Price

3- Think Of How Far You’ve Come

A third tip for beating alcohol cravings that works especially well if you have some time under your belt is reflecting on how far you’ve come.

At the time of writing this I’m just over 16 months sober, and every blue moon I think about alcohol.

It’s so helpful to consider how far I’ve come and how ALL that work and progress would be undone if I let any alcohol pass my lips.

Even if you have less sober time than that, putting yourself in a positive state of mind where you realize that any sober time is a reason to be proud, it’ll automatically make you want more of the same.

You don’t want to ruin a good thing, and even if you’re a knock-down-drag-out alcoholic and have been sober for just a day now, a day is still 24 hours! Shoot for 25, mama.

Race yourself to the top! 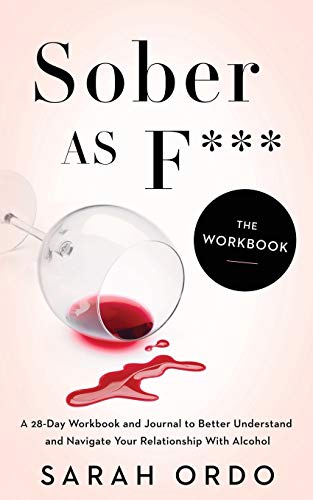 Sober as F***: The Workbook: A 28-Day Workbook and Journal to Better Understand and Navigate Your Relationship With Alcohol
Check Price

This may not be everybody’s speed, but one of the best things you can do is try different things to improve your life.  One such thing \ is the Emotional Freedom Technique (EFT), also known as “tapping”.

EFT Tapping is a combination of acupressure and psychology, that aids in relief of all sorts of ailments such as stress, anxiety, fear, and addiction.

With tapping, you focus on a negative emotion (in this case, craving alcohol), and tap 5 to 7 times on specific points on your body.  Similar to acupuncture (without the needles), this releases energy blockages, but has the added benefit of releasing negative emotions, to stimulate healing.

It’s painless, fast, easy, and anybody can do it!  Even if it seems a little strange to you, give it a try the next time you have a craving.  It at least fulfills the requirement in point #2, right? If you have to distract yourself, why not distract yourself by trying something that might actively stop the craving itself?

There are tons of videos and scripts for tapping on YouTube, but click here to try one right away. 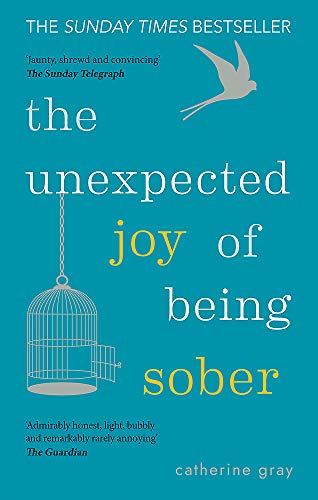 5- Just Deal With It

Finally, the last tip is going to be a little bit of tough love, which we all need to hear and receive at times.  Just DEAL with it.

Sometimes things in life totally suck, and sobriety is no exception.  One complaint many have is that sobriety gets boring.

You go to work and have work meetings.  Those are boring, but you don’t do anything about it. As an adult, sometimes things don’t feel beautiful and fun and light and peachy, but so what?  Do what you’re supposed to do and handle your business.

A huge part of overcoming life challenges is taking personal responsibility for yourself. Some have it harder than others, and this doesn’t mean your struggle is invalid. Sometimes things really are difficult.  But as tough as this thing is, you have to know you’re tougher.  You just have to.

And if you don’t yet believe that? Fake it until you make it.

RELATED: 5 Things Nobody Tells You About Early Sobriety 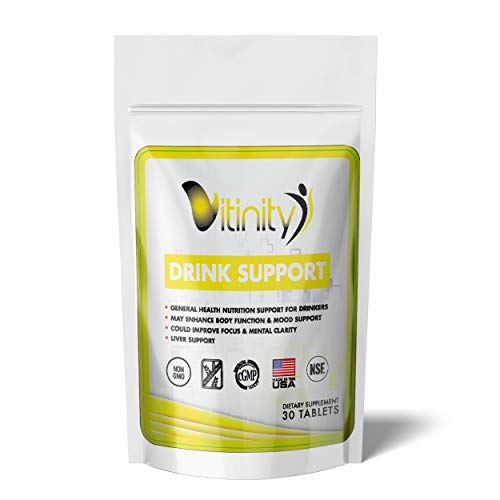 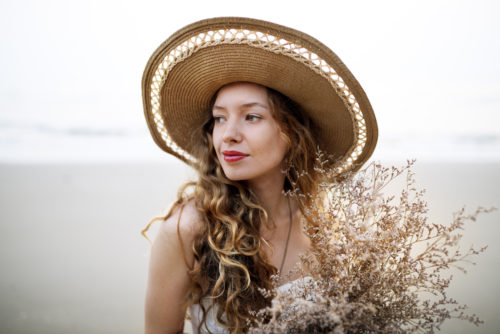 The thing about being strong and resilient in sobriety is that yes, it can be hard in the beginning.  And if you’ve been down that road a time or two (or twenty), you may even feel pretty beaten down.

It doesn’t help if those around you aren’t addicts and don’t share the same struggle, so they don’t get it.  But that sober muscle is just like any other in your body.

You do enough squats, your legs get stronger.  You do enough pushups – it’s your arms.  Practice a new language or instrument, your skills there improve.

Well, the same holds true for managing alcohol cravings.  The more you do it – the more you stand up to them – the quiet their little pesky voices get. Until they’re barely a whisper.

So maybe you don’t see yourself as strong today as you’d like to one day be, but you don’t get there by giving in.

Even if all the other tips above have totally failed and you still find yourself craving, you gotta be like “so what”? Move forward and take responsibility and do not drink.

You DO have a choice in the matter and if you want to be sober, “not drinking” is the choice you’re going to have to make every single moment of every single day.

Get some practice.  Start now. 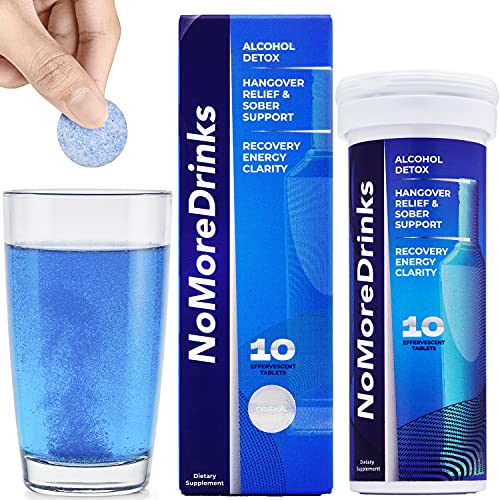 Coping With Alcohol Cravings Is Doable

So, the path toward sober living is different for everyone.  Some people will have it pretty easy (though this is rare), while others may relapse several times before they finally reach their sober nirvana.

Regardless, every alcohol abuser or addict who chooses to walk the sober path will eventually come face to face with craving and temptation.

Being armed with tools and ideas for how to cope when that seductive voice comes whispering (or screaming) in your ear will help get you one step closer to your goal.

Just remember whether you get it on the first try or the 50th, as long as you stay committed and never, ever give up, you WILL make it.

And when you do, the destination will have absolutely been worth the journey. 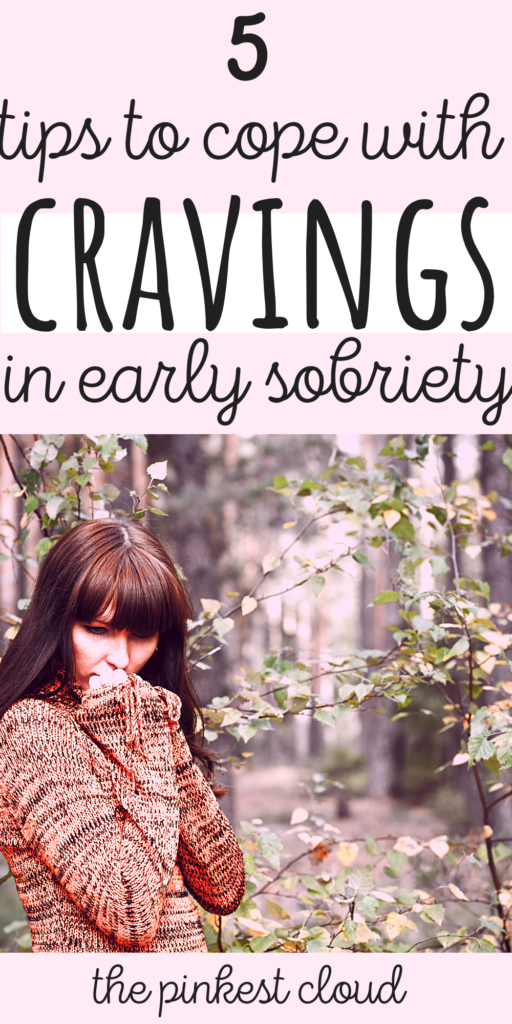